Gamescom has begun so we are sharing some of the key assets that we will announce at the show. While we continue to polish the game, we hope these new assets will get you excited! Also, please keep your eye on IGN for a new trailer of the game! 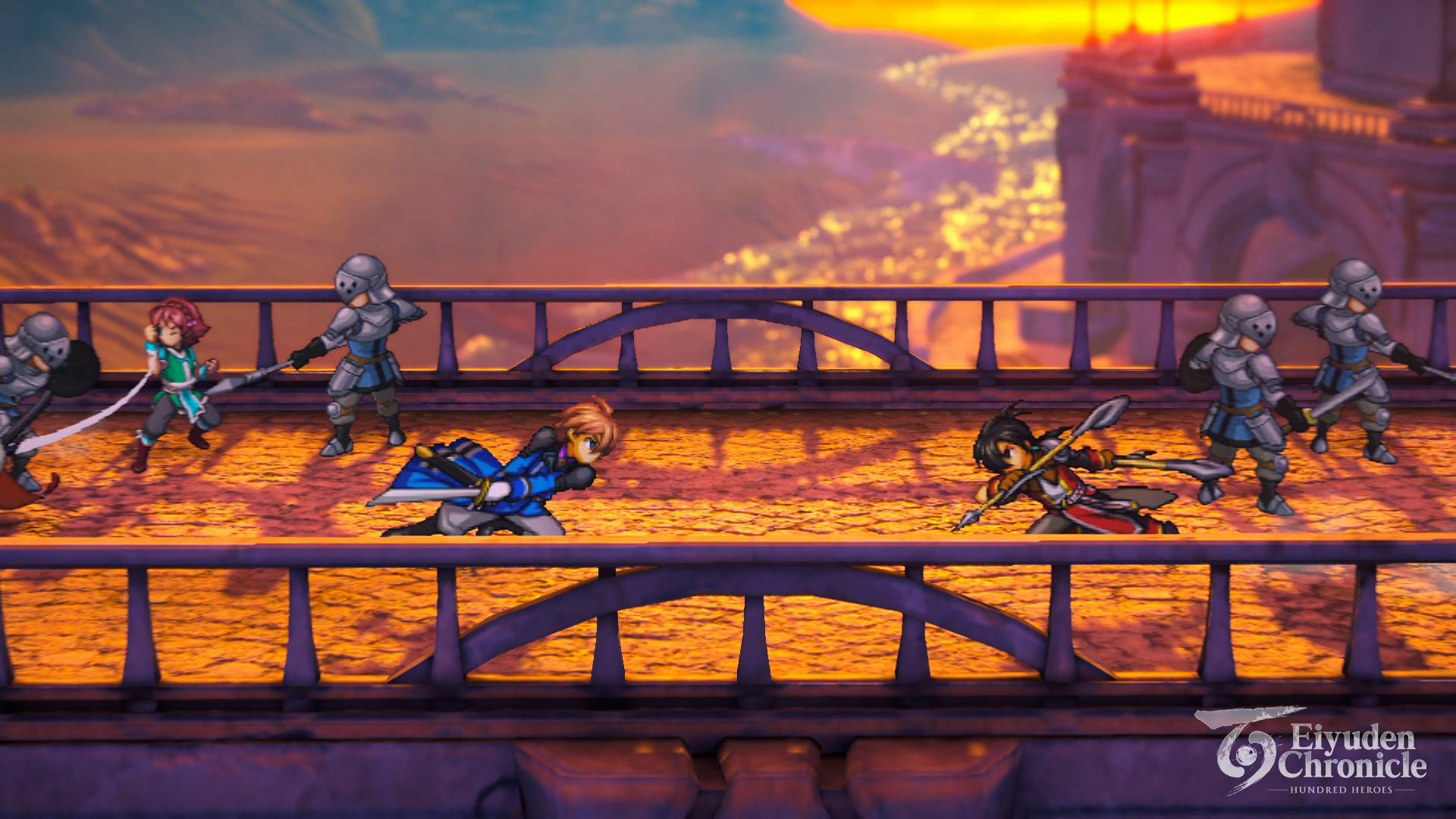 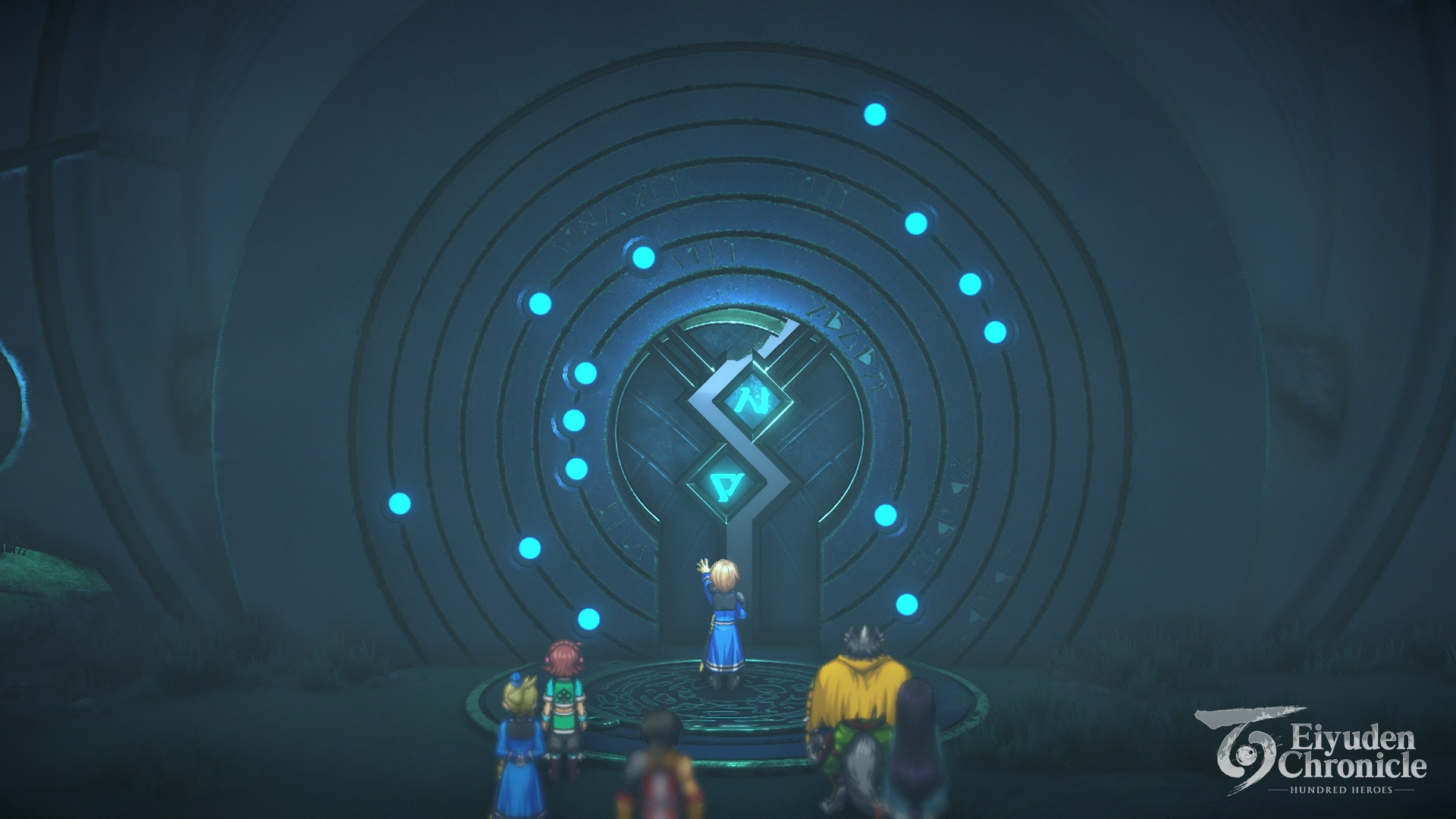 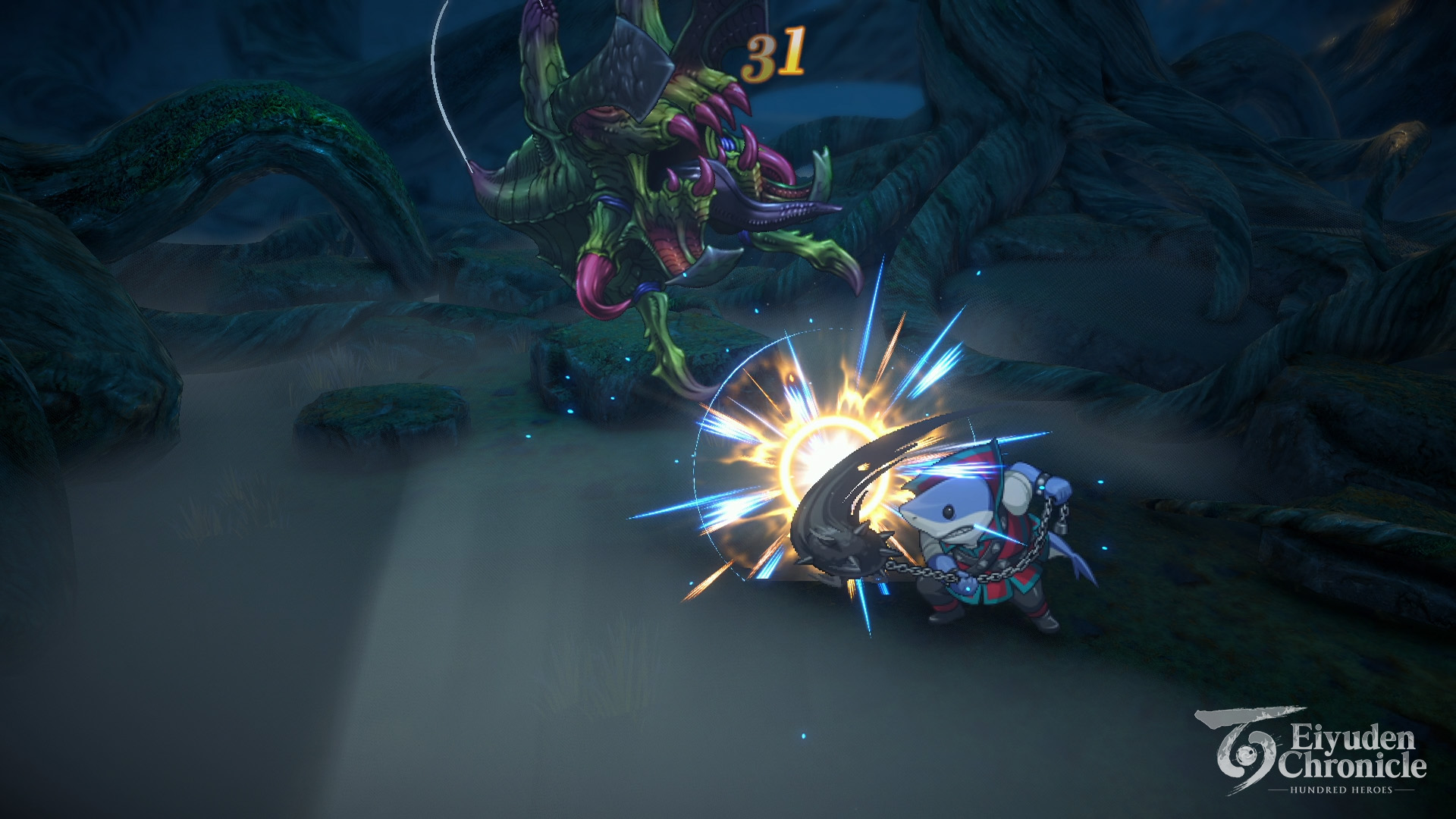 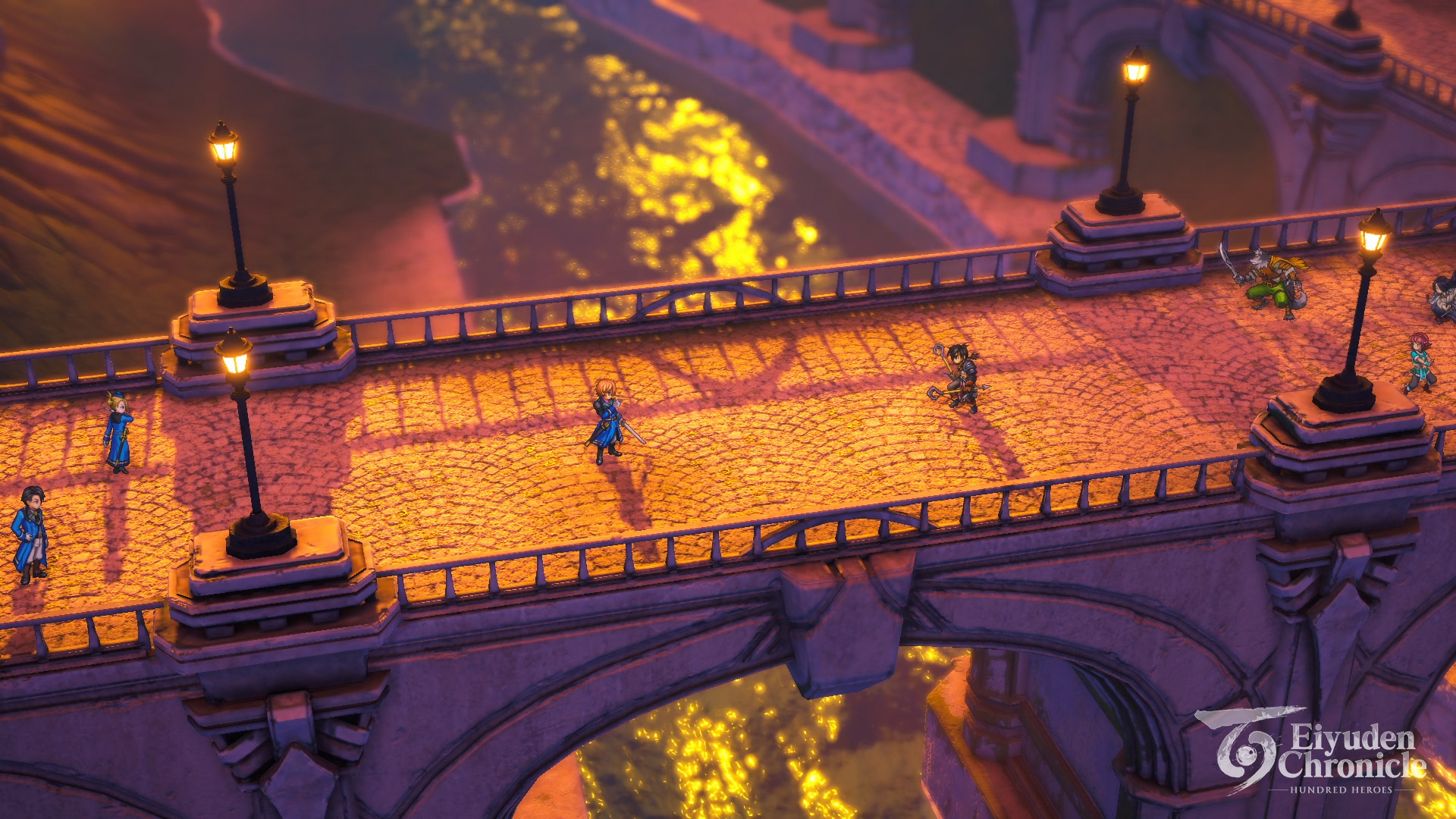 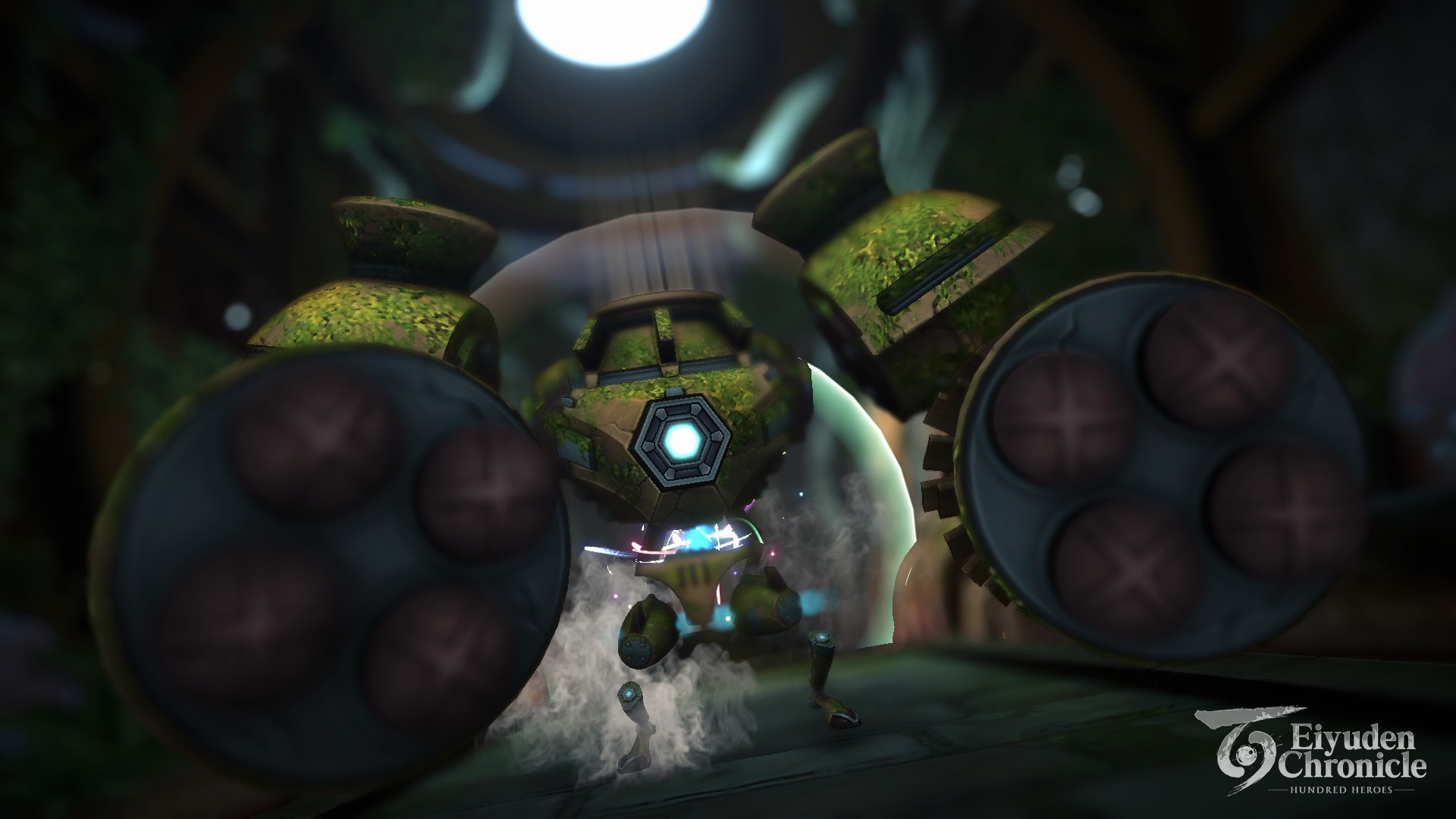 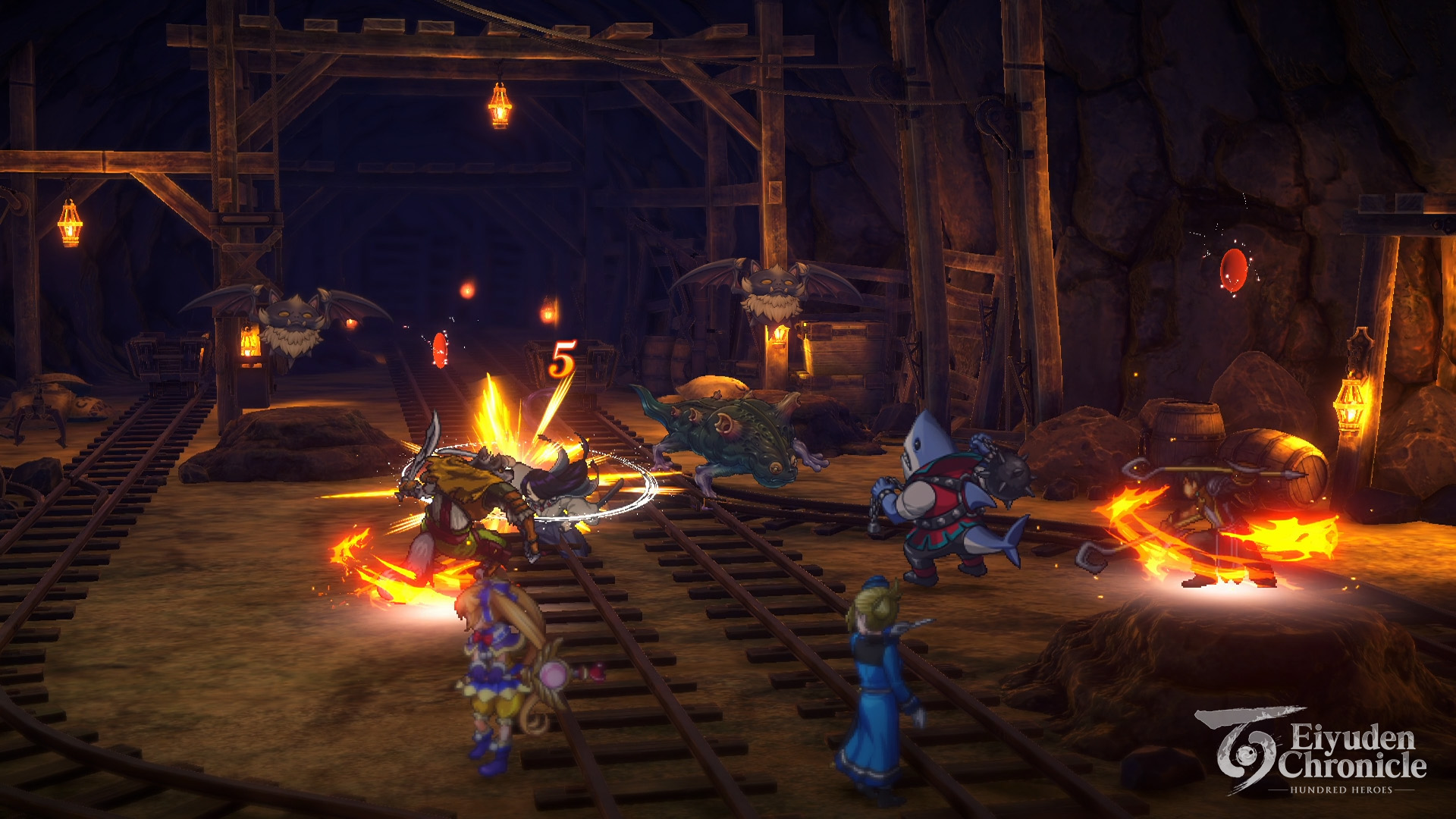 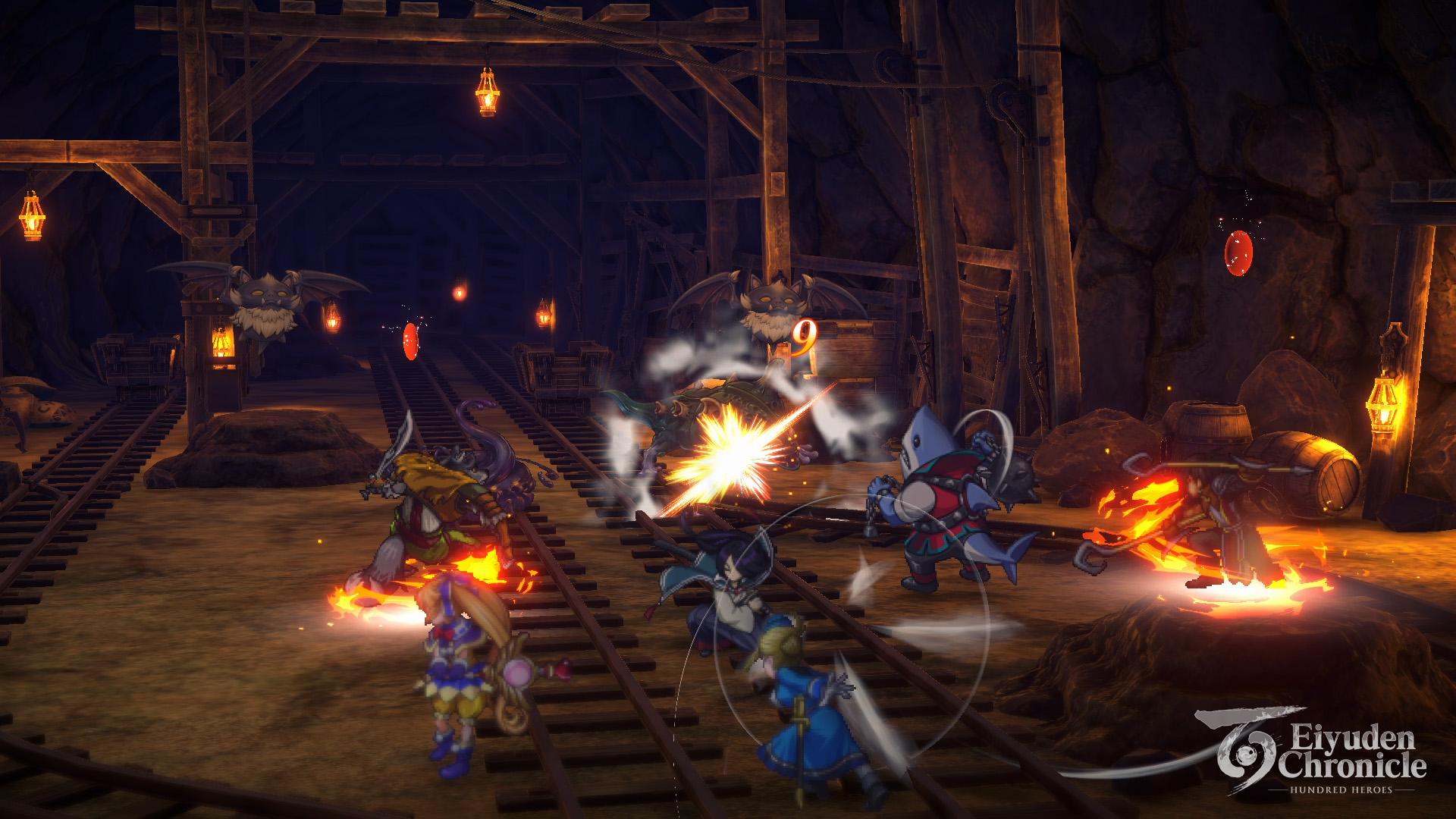 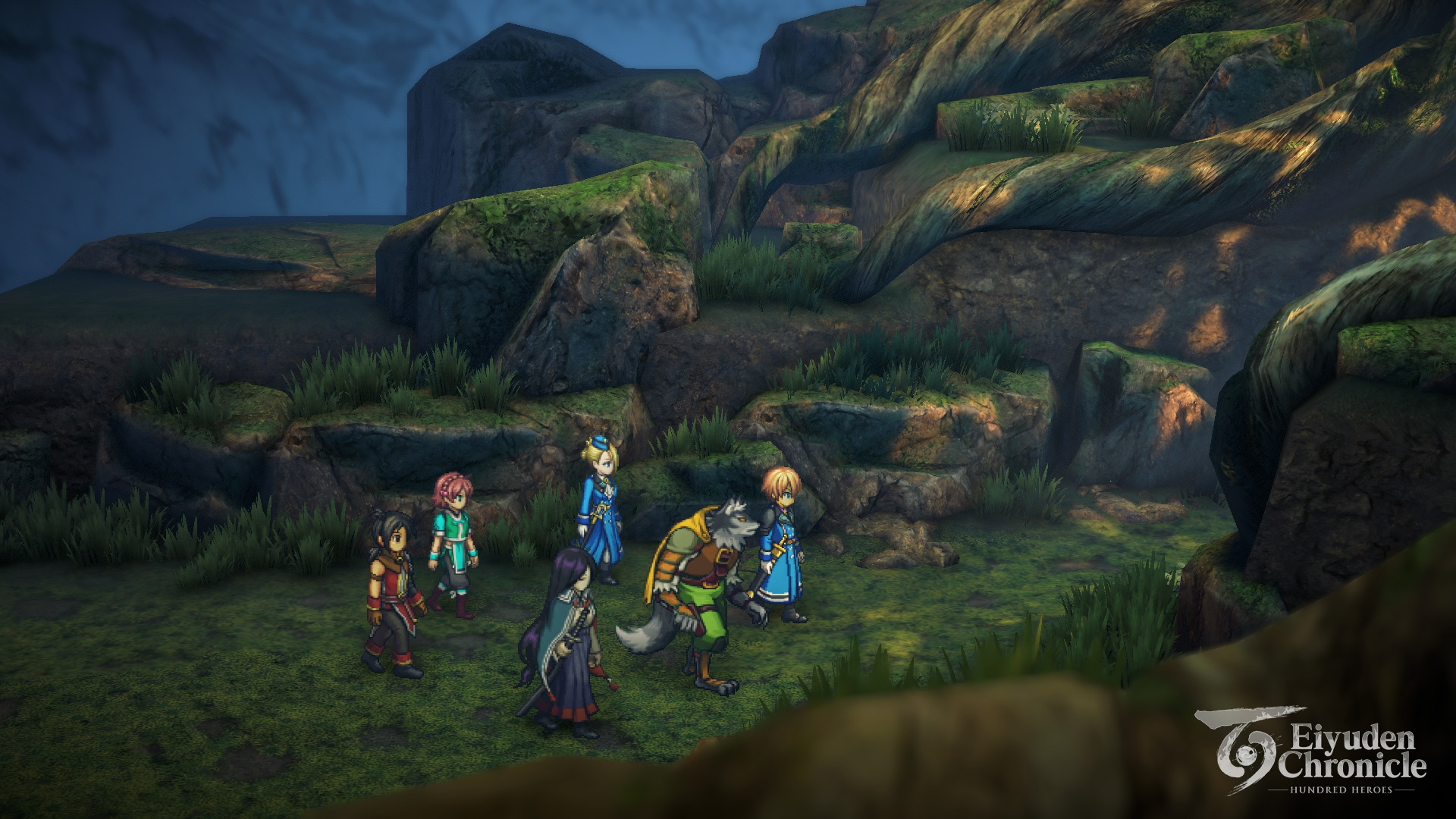 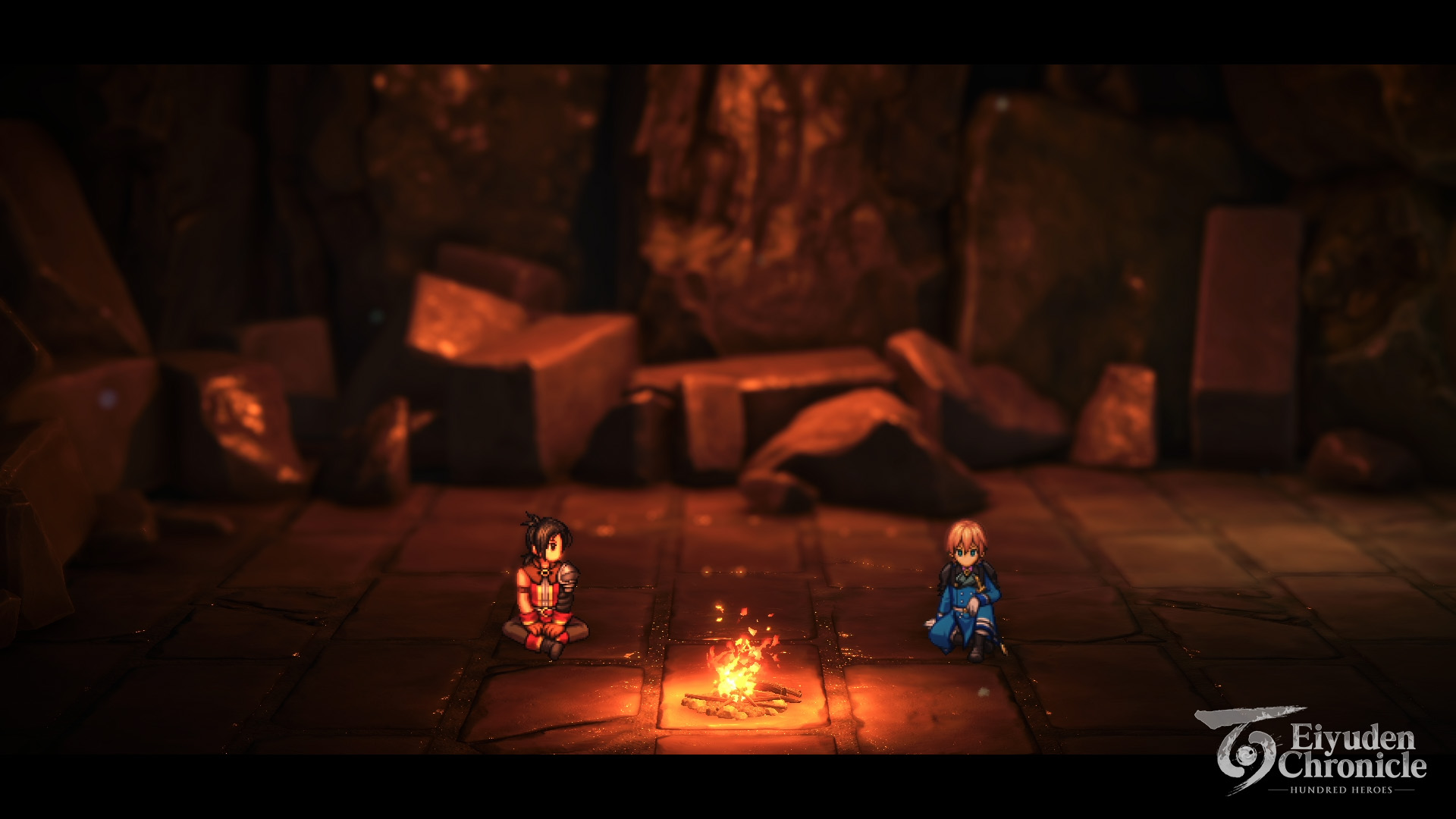 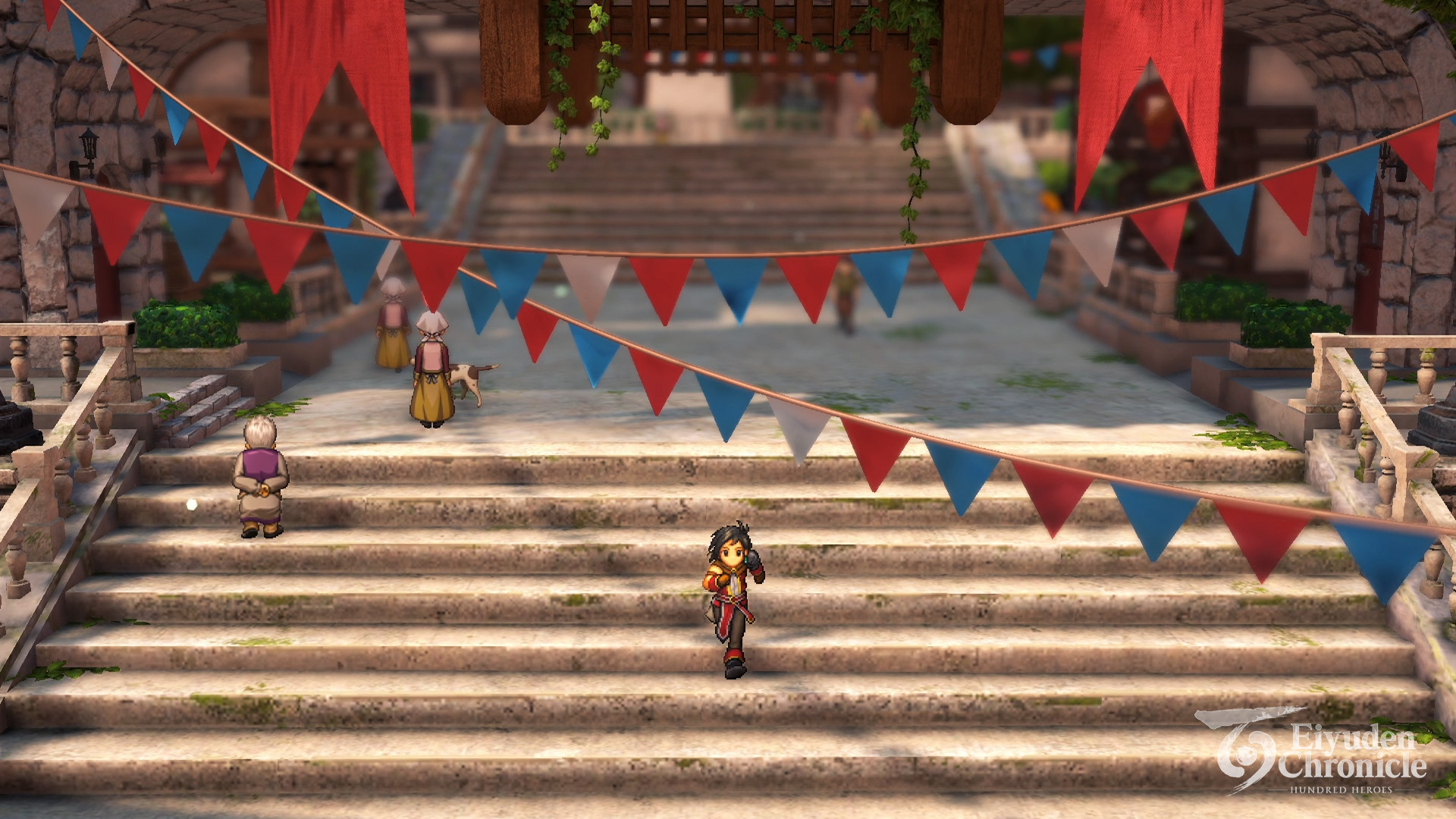 As always, let us know your feedback in the comments section!

These rune golems roam the Barrows, seeking out hapless intruders and then using their powerful arms to smash the life out of them.

Murayama’s Monthly Development Report
As you’ve probably already seen in this update, a new Eiyuden trailer will be released at Gamescom 2022! We’re still right in the middle of development, which includes work on the appearance of the game itself, so certain things may change… But I hope it still gives you a better idea of how the finished product will look.

Currently in the dev cycle, I’m personally at a stage I often reached when working on the Suikoden series… A stage I like to call the ‘manual labor’ part.
Eiyuden features over 100 unique characters, and its large cast is one of its biggest draws, so a large quantity of text has to be created for all the different scenes.

For example, when you choose a character for your battle party, if we decide to have the characters say a line there, we’ll naturally need to make a line for each character.

As I wrote above, if we decide to put a line in for each character every time you decide to add them to your party, we need to make sure it expresses that character’s personality… So they all have to be unique. Some characters might be overjoyed to join the battle party, while others may see it as nothing as a chore. Still others might be nervous, and so on and so forth. Getting glimpses of the characters like this is part of the fun of the game.

Still, no matter what part of the game I’m working on at any given time, preparing data like this for every single character is a huge labor. No matter how tiring it gets, I just have to keep chipping away at it, like good old fashioned physical labor, day by day. It certainly isn’t easy, I can tell you that!

A Word from the Team
I hope you’re all surviving the lingering heat wherever you may be. Japan is still as hot as ever, but how are things out where you live?

This year, Japan’s summer feels even hotter than usual… No matter how little time I happen to spend outside, I still end up feeling like it’s robbed my body of all its water. Reminds me of when I went to visit Thailand in the summer, many moons ago.

Regardless of the heat, we’re still working hard on Eiyuden. Remember when I showed you a tiny peek of a screen in last month’s update? Well, this is what that mine dungeon used to look like when it was just a test map!

After making sure there are no problems with a map in its rough form, we gradually add details, lighting, and effects until it turns into the kind of map you saw last month. Then, after a lot more work, we finally polish it into something that we’re proud to show off.

Up until now, I know there have been multiple times where we said ‘we’ll be able to show you something soon,’ then failed to deliver… Just like the boy who cried wolf. But I hope you’re all excited for Gamescom!

Now, time to end this entry just like I do all my other ones… Here’s my favorite way to cool down! A staple of any Japanese summer… Shaved ice! Recently, shaved ice has evolved a lot…

The heat won’t be leaving us any time soon, so I hope you all take good care of yourselves and survive the summer. Oh, and please keep cheering us on!!