No Man's Sky NEXT Release Date and Multiplayer Announcement

No Man's Sky NEXT Release Date and Multiplayer Announcement

Exciting news! As many of you will know already, 505 Games will distribute the physical Xbox One version worldwide. Hello Games have announced to fans via Inside Xbox that No Man’s Sky will launch on Xbox One on Tuesday, July 24 in North America, and Friday, July 27 in Europe. This launch will bring a full multiplayer experience for the first time to a limitless procedural universe. As part of No Man’s Sky NEXT this will be a free update launching simultaneously for existing players on PC and PS4.

“Multiplayer completely changes the No Man’s Sky experience, it’s emergent, fun and intense in ways we always wanted it to be. I’m so happy this is finally happening” said Sean Murray, founder of Hello Games. “It is genuinely exciting to be able to fully realise the potential so many people could see in No Man’s Sky. This will be our biggest update yet and we’re pumped to be bringing Xbox players along on the journey with us now too.”

With this launch, players across Xbox One, PlayStation 4 and Steam on PC will be able to explore, fight and survive with friends online as they voyage across the vast, procedurally-generated sandbox universe in multiplayer.

• Explore the infinite universe with your friends, or bump into random travelers.
• As you voyage together, friends will help you stay alive, or prey on others to survive.
• Build bases from tiny shelters to complex colonies that you create as a team and can be seen by the community.
• Be a pirate or a wingman in epic space battles with friends and foes
• Race exocraft across weird alien terrains, create tracks to share online

The Xbox One launch on 24th July of No Man’s Sky will include all major updates (Foundation, Pathfinder, Atlas Rises, Next) and dozens of smaller patches.

For more information about No Man’s Sky and the upcoming Next update, please visit: https://www.nomanssky.com/ 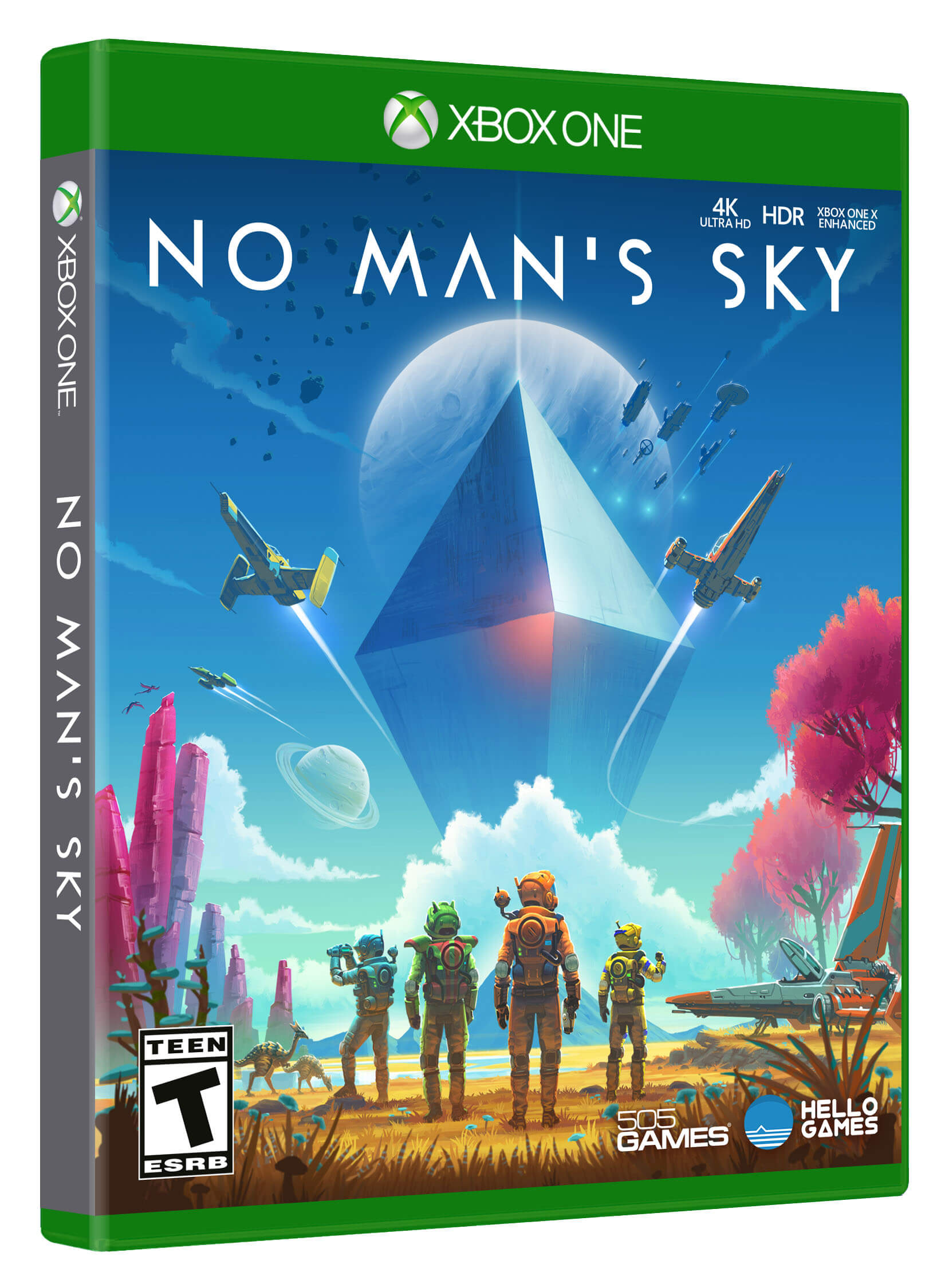