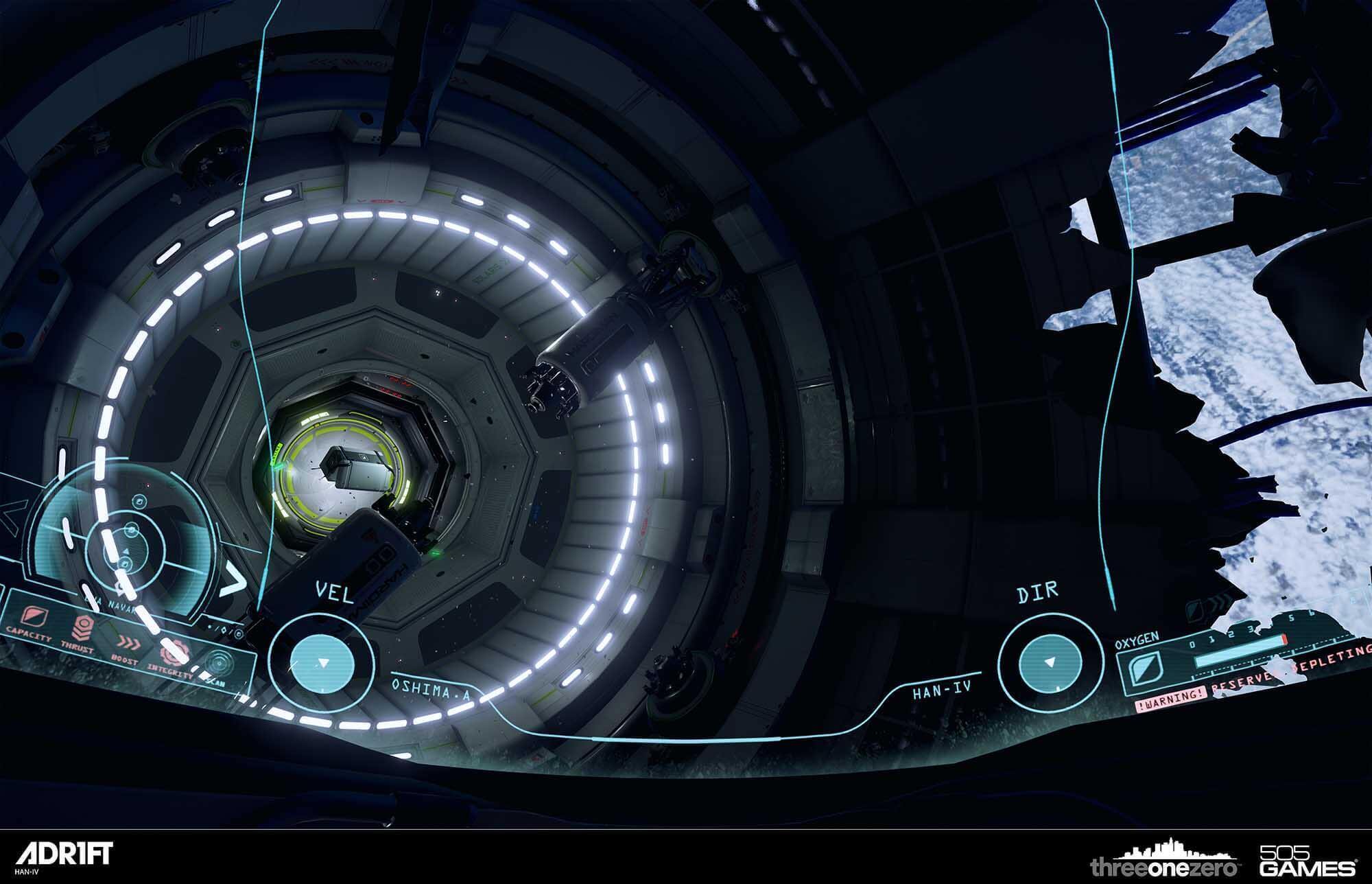 By Antonela Pounder
on February 19, 2016
@AnimatedAnt

From developer Three One Zero, ADR1FT puts players in the role of Commander Alex Oshima. As the commanding officer of the HAN-IV space station, Oshima awakens after a catastrophic event and must figure out what happened and how to make it back to earth and safety. In addition to a traditional gaming experience available via Steam, ADR1FT takes full advantage of virtual reality as an Oculus Rift launch title and immerses players like never before.

Float through the HAN-IV and learn deeply personal details about your crew, what exactly happened to them and the HAN-IV space station itself, all while trying to stay alive as the threat of oxygen depletion is constantly haunting you. You’ll need your wits and mental fortitude to experience the personal crusade of Commander Oshima in this emotional story about consequence and redemption.

Pre-order the Collector’s Edition of ADR1FT now from iam8bit and get a download code for the Steam version of the game, the world’s first jigsaw puzzle sourced from high-resolution, in-game screenshots, astronaut ice cream, and a space station patch to proudly show off your dedication to the HAN-IV mission. ADR1FT will be available March 28th, 2016 on Steam and Oculus Rift.